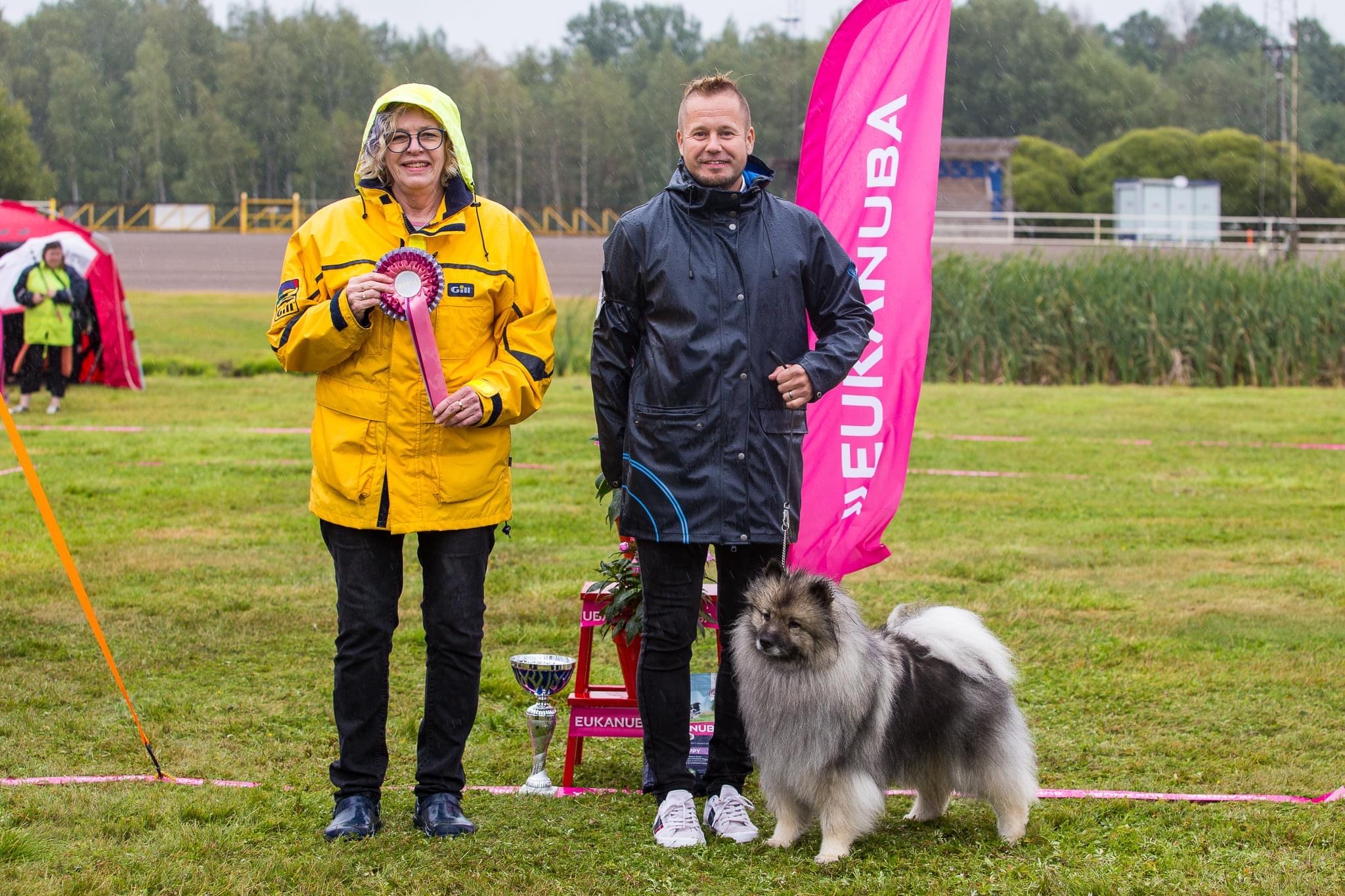 My name is Outi Piisi, I am a third-generation dog breeder from Finland. However, each generation has had its own breeds.

In my childhood home, we had hunting dogs that did live inside and slept along the couches and beds. And were good hunting dogs. My breed was established by the Irish Wolfhound I had and bred for over 30 years.

Forced by life situations, I had to switch to a smaller breed and get my first  Small Podengo Portuguese. I had seen the first little rough-haired Podengo at a Sighthound show in 1994, and I fell in love with the breed at first glance. It had charisma despite its small size. However, it took 15,5 years before little Usma came to me as a 10 weeks old puppy. A little later, Usma’s half-sister Nasu also moved in with us as a friend for Usma.

We had success with Usma in dog shows, for example Junior Winner and Champion as soon as possible. Usma also has two German CACs from Donaueschingen in 2019. Then there was the pandemic, and since then it has been quieter.

It is always a great honor to be able to judge the Specialty Show, and I would like to thank the Podenco Klubben for the invitation I received.

We will meet in August; I am very happy to be able to judge in your beautiful country. I’m looking forward to seeing you at the show.

Judging is not always dancing on roses. It can also be dance on very wet roses. The picture is from last summer’s Eukanuba Summer Show when I judged the group 5 at the end of the wet but nice day.